My Shapiro MD Shampoo Reviews: Is It Legit or a Scam? 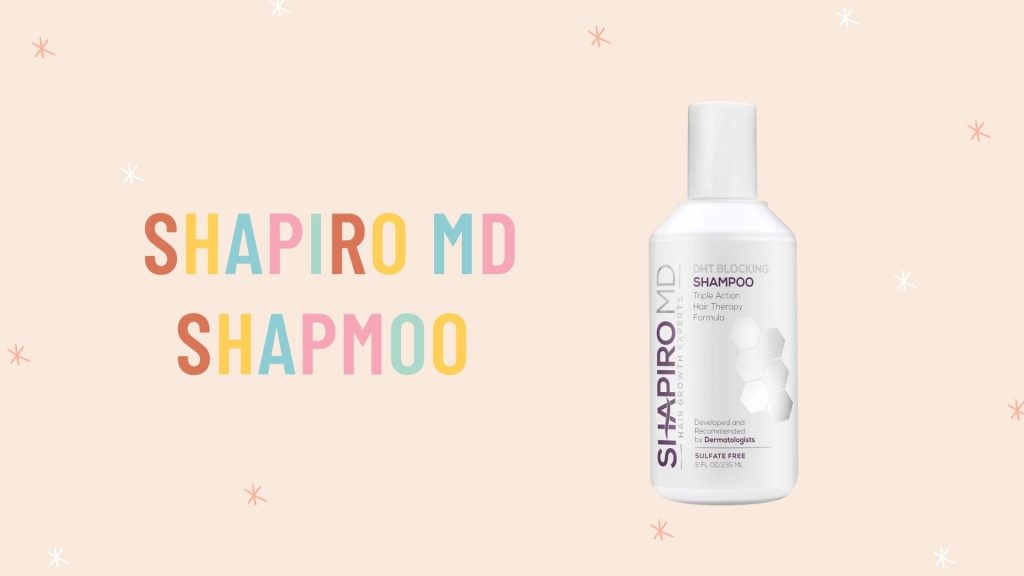 I believe that shampoo is the most essential part of an effective hair care routine. This is the reason why I have always been on the lookout for brands that promise to make my crowning glory thicker, healthier, and fuller looking.

In my quest, I stumbled upon Shapiro MD. Founded in January 2011, the hair loss treatment line offers patented over-the-counter products and FDA approved prescription medications that promise hair growth for people with thinning-hair and hormone-induced baldness.

Over the years, the brand has been getting more and more well-known, especially online. In fact, there is plenty of Shapiro MD shampoo reviews floating on social media sites, personal blogs, and e-commerce websites, as it is one of the company’s most popular products.

Today, I am going to share with you my thoughts about this brand and let you know if it’s legit or just a scam. 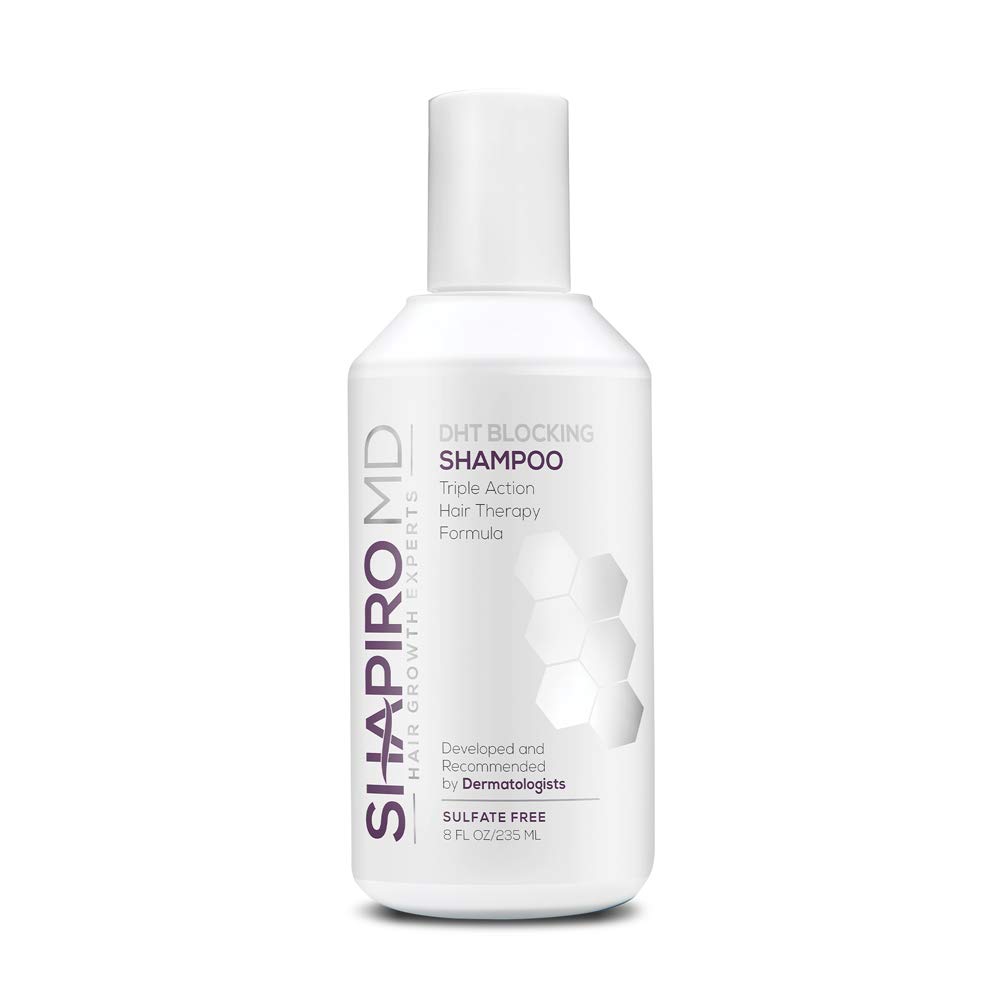 A Deep Dive on the Product: How Does Shapiro MD Shampoo Work?

As I have mentioned earlier, Shapiro MD is a hair loss treatment line that offers patented over-the-counter products, composed of shampoo, conditioner, leave-in foam, and serums, and FDA approved prescription medications, such as hair care supplements. It is the brainchild of board-certified dermatologist Dr. Steven D. Shapiro and Dr. Michael T. Borenstein.

Dr. Shapiro is a specialist in multiple laser procedures, reconstructive skin cancer surgery, and cutting-edge cosmetic and dermatological procedures. On the other hand, Dr. Borenstein is an expert in Medical and Surgical Dermatology, as well as the latest techniques in laser treatments and Cosmetic Dermatology.

Together, they developed Shapiro MD after five years of studying the effects of a hormone (which I would discuss later) that plays a vital role during puberty on hair follicles.

Shapiro MD shampoo is their most popular product. It is intended for men over the age of 18 and post-menopausal women, but other people could use it too. They claim that it contains three powerful and natural active ingredients (which I would also discuss later) that slow down hair loss.

They also say that its patented formula is designed for use by men and women of all hair types, so you can use it whether you have straight, curly, or wavy hair. For best results, they advise it to be used daily with the Shapiro MD conditioner and leave-in foam.

How Does Shapiro Shampoo help for Hair Growth?

Before I explain to you how Shapiro MD shampoo works, let me first tell you about dihydrotestosterone. Also known as DHT, it is a powerful hormone that helps your body’s growth and development. It is essentially a good thing, but too much of it can have negative effects. For instance, it can shrink your hair follicles, turn your hair brittle, and cause hair fall.

Like most shampoos, Shapiro MD contains ingredients that control the production of DHT in your body to stop hair loss. It also has stem cells that they claim can rejuvenate your hair follicles and stimulate them to grow.

How to Use Shapiro MD Shampoo?

According to Shapiro MD, here’s how you should use their shampoo:

They advise to use the product for at least two to three times per week for three months to see noticeable results. If you have extra sensitive skin, they suggest that you use your preferred hair moisturizing product after conditioning your hair.

If you are dissatisfied with the shampoo or other Shapiro MD products, you can send them back to the manufacturer. If you are able to return it within 60 days after you purchase it, you’ll get a full refund, minus the shipping fees.

In my research to find out whether Shapiro MD shampoo is really legit or just a scam, I looked at the reviews posted by its users on different platforms, such as social media sites and personal blogs, and turned them to a pros and cons list.

Below you can view some comments from Amazon: 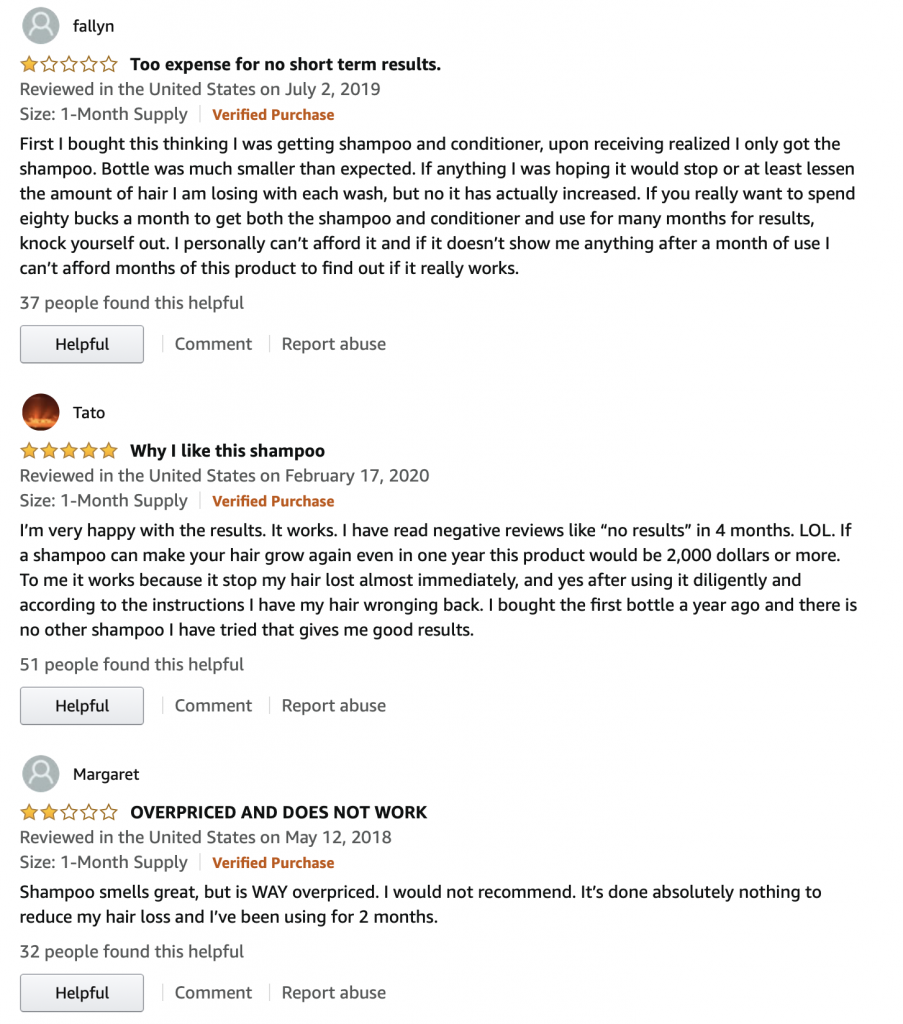 I also read success stories shared by users on the Shapiro MD website. One of them was from Maria, a 54-year-old mother of three from California. Maria used to have long, beautiful hair. But one day, she had an accident that required her to have back and shoulder surgery.

To cope with the pain from the surgery, she took a variety of medication for several years. These medications, combined with hitting menopause, caused her hair to be thin and lifeless.

She used extensions for many years to make her hair appear fuller, but she had to stop in 2019 because they were costly. Encouraged by her boyfriend, she tried using Shapiro MD after seeing ads for it on Facebook. Now, she says, her hair is long and beautiful again like it was before.

Another story I found was from Eric, a 57-year-old man from New York. According to Eric, three years ago, he noticed a large bald spot forming on the crown of his head. This damaged his confidence, since his friends would tease him that the bald spot was a sign of ageing.

He was considering getting a hair transplant, when he saw an ad for Shapiro MD on Facebook. He used the Shapiro MD shampoo and conditioner every day for one month. He was pleasantly surprised that by the second month, he saw baby hairs growing out of his scalp. He was so excited about this that he reached out to Shapiro MD to share the good news.

After speaking to one of the brand’s team members, he found out that he would get better results by leaving the formula on his scalp for 20 minutes before rinsing it, and regularly using the leave-in daily foam in the morning. Now, his hair is thicker and fuller than ever, and he’s getting nothing but compliments from his friends.

Is Shapiro MD Shampoo a Scam?

After learning Shapiro MD’s history, understanding how their products work, reviewing its ingredients, and reading reviews about it, I have come to the conclusion that it is definitely not a scam. After testing the product and reviewing the information I found online, its enough to convince me that the product works for sure but is it as effective as other solutions?

After all, it is just a shampoo and losing your hair is a message your body is trying to tell you. I believe that you should really target the root cause of your problems within. It all starts with your gut health. Natural supplements such as Folexin are a good start, along with a healthy diet.

As I was writing my Shapiro hair growth review, I have learned that the Shapiro MD products, including the shampoo, are legit but the products aren’t for everybody. They work best for people with hormone-induced baldness, but it doesn’t seem to be effective for other conditions. I also don’t think it is worth it to buy if you are on a tight budget since it is a bit pricey.

If you are still interested in getting treatment for hair loss, I suggest looking for more affordable and effective alternatives. For once, you can try Folexin—a supplement made from biotin, a well-known vitamin that enhances hair growth, and fo-ti, an ancient Chinese herb that helps combat hair loss and graying. It claims to support natural hair growth and makes it thicker and healthier. It is also said to slow down hair loss and prevent baldness. 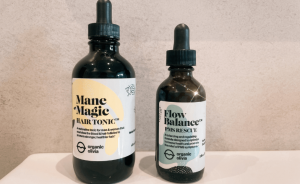 Dong Quai, also known as Angelica Sinensis, is a blood nourishing plant used in Traditional Chinese Medicine. This root plant, which is from the same family as the carrot, has a lot to offer. It is a period promoting, fertility favouring, hair health, super substance! So let us give you the scoop on this gem. 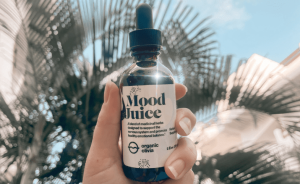 While the topic of emotional wellness can be difficult to open up about, I’m going to use this opportunity to do just that. In this article I review Organic Olivia’s Mood Juice and how it helped with.. 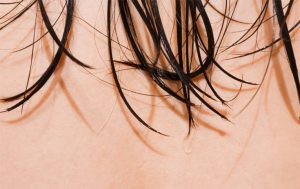 Not to brag or anything, but at Herbal Ladies we pride ourselves on having great hair! While it’s fun to experiment with cuts and colours, in our opinion, there is nothing more 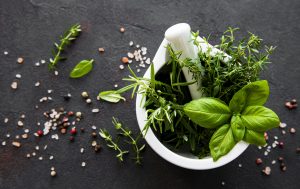 The Herbal Academy review will give you insight into the latest information on the best source of herbal remedies. 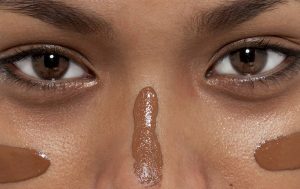 The best natural concealers are the ones that make your skin glow! 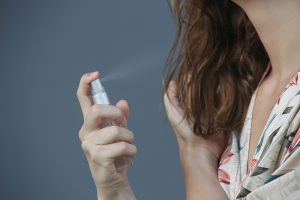 Best organic hair sprays come in different styles and quality, we have compiled a list of the best you can find! 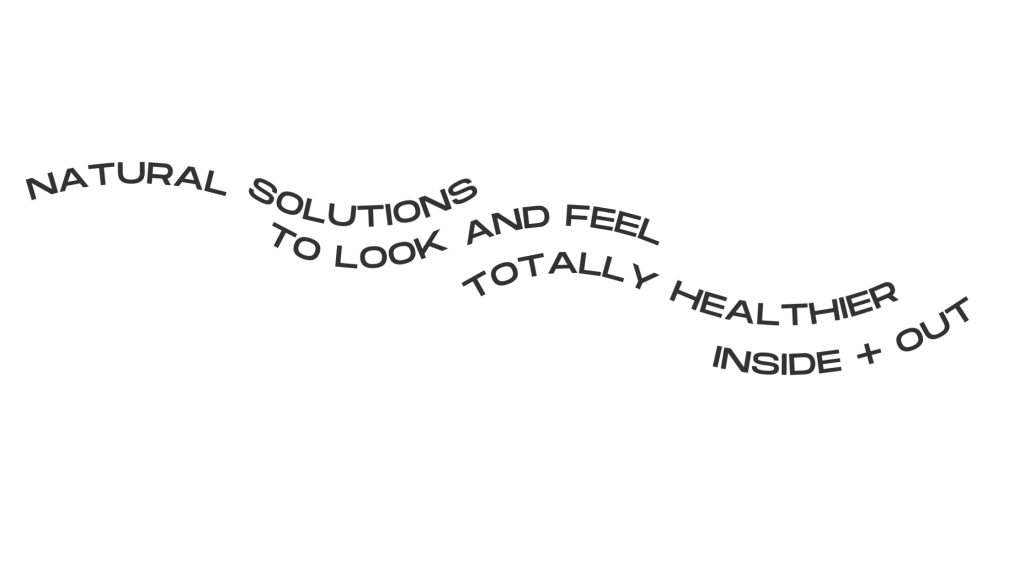 Disclosure: Our posts may contain affiliate links which means when you purchase from our links, we may receive a small commission at no extra cost to you. If you choose to purchase through our links this helps us tremendously. As always, all opinions are our own. Thank you for your support. xx

On The Herbal Ladies Bookshelf 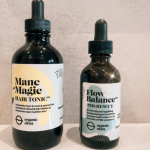 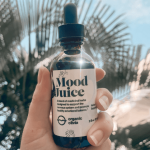 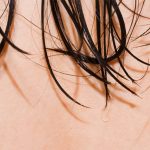 Join hundreds and sign up to our newsletter for exclusive content, giveaways, sales announcements, coupon codes & much more goodies straight to your inbox. 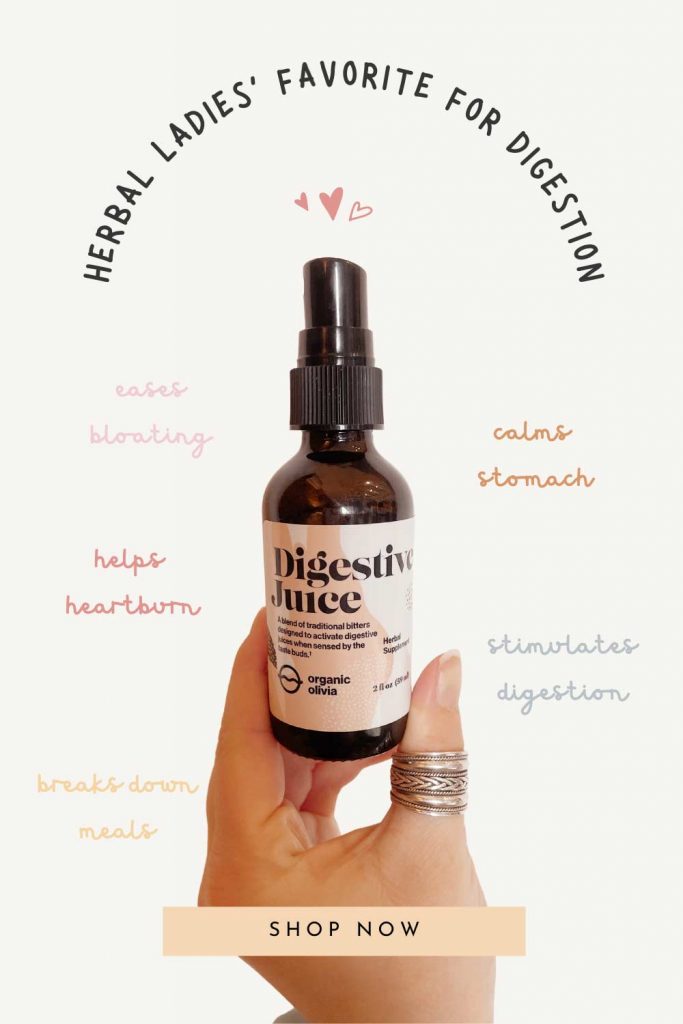 Join hundreds and sign up to our newsletter for exclusive content, giveaways, sales announcements, coupon codes & much more goodies straight to your inbox.

Follow
These 2 are an absolute game changer for my gut. T

🧘‍♀️Did the holidays mess up your work ou